A new America Counts Story from the U.S. Census Bureau and funded in part by NIA, looks at healthy life expectancy at age 60 (HALE60) and how it varies by world region, country, income, and gender. 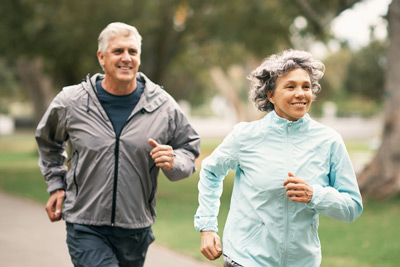 Healthy life expectancy is the average number of years that a person can expect to live in "full health," which takes into account years lived without injury and disease. The America Counts Story on HALE at Age 60 found that living longer and healthier is most dependent on the income level of the country in which a person resides and their gender.

Researchers found that people in the Americas and the Western Pacific had among the highest life expectancy at 60 (LE60) and HALE60. However, there were dramatic differences among countries within the same region. The differences between these countries were attributed to income levels, national health policies, cultural practices, and other factors. Higher income countries were also more likely to have a higher HALE60.

The report also found a clear gender gap across LE60 and HALE60 – with women generally living longer than men in all regions. Gender differences were most prominent in Europe, where women had higher LE60 and HALE60 than men. Women’s advantages start to diminish in the African and Eastern Mediterranean regions although women still live longer and healthier than men. Looking at this data can provide significant insight into quality of life for older adults around the globe.

For more insights, check out an infographic from the Census Bureau that takes a closer look these trends: Healthy Life Expectancy at Age 60: 2000 to 2016. (PDF, 1.8M)