People with better cardiovascular health at age 50 may be less likely than those with poor cardiovascular health to develop dementia later in life. The findings, published in BMJ on Aug. 7, suggest that middle-aged adults may be able to reduce their risk of dementia by controlling high blood pressure and cholesterol and avoiding other risk factors for heart disease and stroke. 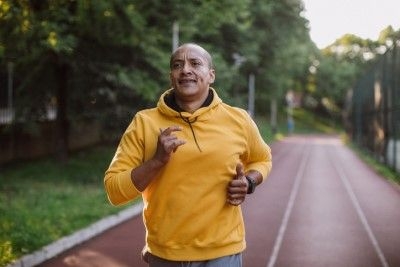 Brain changes related to dementia from Alzheimer’s disease start a decade or more before symptoms appear, offering a chance to prevent or delay memory loss and other debilitating symptoms. Because previous studies suggested a link between cardiovascular risk factors and cognitive decline, researchers at INSERM in Paris and at University College London examined cardiovascular risk factors 25 years before a diagnosis of dementia in Britain’s Whitehall II study, supported in part by NIA.

At the beginning of the study, the 7,899 participants did not have cardiovascular disease or dementia. The researchers used the American Heart Association's Life Simple 7 measures to categorize each participant’s cardiovascular health at age 50 as poor, intermediate or optimal. The measures included smoking, diet, physical activity, body mass index, blood sugar level, cholesterol and blood pressure.

These results are important because they suggest that even small improvements in cardiovascular health at midlife could not only reduce heart disease but also benefit cognitive health many years later. More research is needed to identify how heart-related risk factors before and after age 50 may increase the chance of developing dementia and what the ideal interventions would be in middle age or later life.