Concussions are the most common form of mild brain injury, affecting over 42 million people worldwide annually. Their long-term risks — especially for athletes and members of the military — are well documented, with studies showing possible connections to neurodegenerative conditions like chronic traumatic encephalopathy and Alzheimer’s disease. 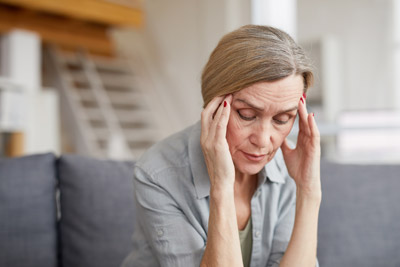 The immediate effects of a concussion are well known, such as alterations in the brain’s structure and activity seen soon after injury. In addition to symptoms like headaches and light sensitivity, a concussion often causes difficulty concentrating or trouble processing new information that can linger for a few weeks before clearing up. But less is understood about how a concussion from earlier in our lives can impact the brain and cognitive health as we age.

To explore the long-term effects of mild brain injuries, researchers led by members of the Brain Aging and Behavior Section of the NIA Intramural Research Program (IRP) tracked MRI and PET brain scan data over time from 51 older adult participants in the Baltimore Longitudinal Study of Aging who had a concussion about 20 years earlier and compared results to 150 participants with no concussion. The research team also compared long-term results from neuropsychological tests for both groups to detect any changes in cognitive performance over time.

Cognitively, there were no significant differences in test performance between concussed and non-concussed groups. Researchers were unsure if this could be evidence that the brain was able to compensate and adapt to the damage from a decades-earlier concussion to maintain cognitive performance, but they hope to further explore this question in future studies.

The researchers noted that previously concussed research participants may want to be alert for new cognitive changes because the parts of the brain damaged by concussions — the frontal and temporal lobes — are vulnerable to age-based changes connected to Alzheimer’s disease and related dementias.

Next, the team wants to better understand the apparent lack of cognitive issues to see if it is due to a resilience factor, or if the brains of people who had mild concussions are able to adapt work-arounds to compensate for the damage.

This study was funded by the NIA Intramural Research Program.