A number of research projects are underway to develop a sensitive blood test that could help screen people for Alzheimer’s disease in a less invasive and costly way than current imaging and biomarker tests. NIA-supported researchers at Washington University in St. Louis reported an advance Aug. 1 in Neurology for their method of detecting amyloid protein in blood. The researchers are validating the method by showing an association between blood levels of amyloid and results from conventional biomarker tests for Alzheimer’s. 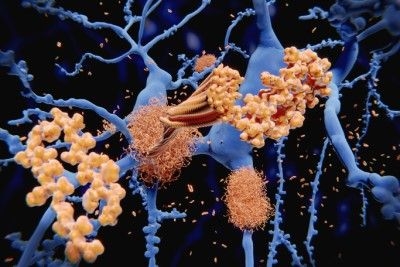 Using a technique called immunoprecipitation mass spectrometry, the research team developed a precise method for quantifying how much beta-amyloid 42 and beta-amyloid 40 are in a sample of blood. Previous studies have suggested that the ratio of these two forms of beta-amyloid may correspond with amyloid in the brain.

Next, the researchers analyzed the blood of 158 adults (average age, 66), most without dementia symptoms, using their sensitive method, and evaluated them with positron emission tomography (PET) imaging and cerebrospinal fluid tests. The researchers found that the ratio of beta-amyloid 42 and beta-amyloid 40 in blood was associated with the detection of amyloid by PET scans and cerebrospinal fluid tests.

The authors note that studies are already in progress to further evaluate this method with people who have symptoms of Alzheimer’s disease. Ideally, future studies would use tissue samples from postmortem brains rather than the less sensitive images of plaques from PET scans to assess the relationship between the ratio of beta-amyloid 42 and beta-amyloid 40 and amyloid plaques in the brain. After more development and validation, this blood test method may help researchers to quickly screen people for eligibility in Alzheimer’s studies.