The apolipoprotein E gene APOE ε4 (APOE4) is known to be a significant genetic risk factor for Alzheimer’s disease; however, several studies have indicated that the association between APOE4 and Alzheimer’s risk differs between various racial and ethnic groups. Researchers studied this association in a group of American Indians who are part of the Strong Heart Study, an NIH-funded longitudinal cohort study. 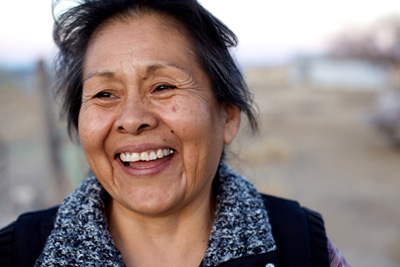 For this study, published in Alzheimer’s & Dementia, researchers identified APOE4 carriers and noncarriers among the Strong Heart Study participants who were age 65 and older. The team collected magnetic resonance imaging, cognitive and functional assessments, and neurological history from these participants. When APOE4 carriers and noncarriers were compared, there was no difference in brain volumes or cognitive performance. Interestingly, there was also no difference in APOE4 carrier status between American Indian adults with and without memory deficits. These results indicated that APOE4 is not linked to neurodegeneration or cognitive impairment in American Indians.

Previous studies of the Strong Heart Study cohort found that the prevalence of APOE4 in American Indian adults is similar to the prevalence in adults of European ancestry. These studies also showed that APOE4 is associated with common risk factors, including increased serum lipid levels, poor glucose control, and a history of cardiovascular disease, for neurodegeneration that leads to Alzheimer’s and related dementias. Despite these earlier findings, this study shows that APOE4 carrier status does not affect the brain structure or cognitive function in American Indian populations. The researchers present a hypothesis to explain these findings based on previous research in Indigenous populations.

From other studies of Indigenous people, particularly Amerindian groups in South America, there is evidence that a foraging, agricultural lifestyle led to evolutionary pressures on lipid metabolism genes, like APOE4. The hypothesis is that APOE4 carriers have an evolutionary advantage because they are able to deposit additional fats between times of inconsistent food sources. Therefore, this evolutionary advantage among Indigenous people may protect them from the neurodegenerative effects of APOE4. Future research should consider the genetic, cultural, and environmental influences unique to American Indian populations that act as protective factors against Alzheimer’s and related dementias. Other research should focus on understanding the prevalence and incidence of Alzheimer’s and related dementias in American Indians and define other longitudinal changes in brain structure and cognitive function.