When it comes to the APOE gene and Alzheimer’s disease, the risk-increasing APOE ε4 variant often takes center stage, but there’s much more to the APOE genetic risk story. The APOE ε2 variant appears to lower risk, and having two copies of this variant may lower risk even more than previously thought, according to a study supported in part by NIA and published in Nature Communications. 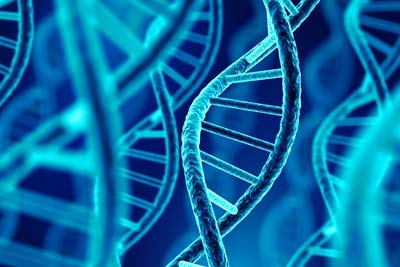 APOE is a gene involved in making apolipoprotein E, a protein that helps carry cholesterol and other fats in the bloodstream. It comes in three forms, or alleles: APOE ε4 increases Alzheimer’s risk, APOE ε3 is believed to play a neutral role, and the relatively rare APOE ε2 has been associated with lower risk. Each person inherits two APOE alleles, one from each biological parent.

The researchers also calculated risk estimates in an ADGC cohort of 23,857 participants (10,430 probable Alzheimer’s dementia cases and 13,426 controls). Two copies of APOE ε2 were still associated with a lower risk in this group, but the risk was not as low as in the autopsy-confirmed cases. The researchers attribute this to the fact that the autopsy-confirmed cases didn’t include any instances of misdiagnoses and suggest that the lower risk estimates seen in the neuropathologically confirmed sample may mean an even stronger protective effect from two copies of APOE ε2 than previously found.

Findings point to the importance of clarifying the effect of APOE genotypes on Alzheimer’s pathology and exploring this avenue for potential treatments and preventions. For example, future research might investigate how to replicate the protective effects through gene editing or protein modification.

Although this study was conducted using a relatively large sample, few cases of two copies of APOE ε2 were identified (110 across both the autopsy-confirmed cases and clinical cohort), resulting in low statistical power, and participants were mainly white, so results aren’t generalizable to other groups. Additionally, to clarify the absolute lifetime risk of Alzheimer’s disease for each APOE genotype, cohort studies that include people with and without cognitive impairment and a neuropathological diagnosis are needed, the researchers note.

This study underscores the need to better understand the molecular mechanisms by which APOE ε2 lowers the risk of disease and/or delays its onset so they can be harnessed to develop better strategies for treatment and prevention. NIA has identified this as a research area of strategic importance and since 2017 has invested in projects aimed at understanding the role of APOE ε2 in aging and Alzheimer’s disease. These projects have been solicited through a series of targeted funding initiatives (PAR-16-370/PAR-16-371, RFA-AG-17-056/RFA-AG-18-022).