A new research model using adult rhesus monkeys mimics some of the earliest abnormalities of Alzheimer’s disease and could pave the way for a better understanding of how the disease begins in humans, according to NIA-supported research published in Proceedings of the National Academy of Sciences. 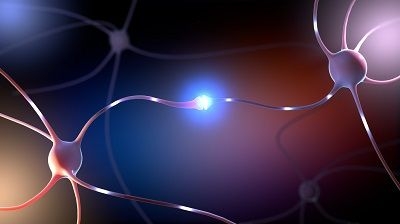 Developed by scientists at the California National Primate Research Center of the University of California, Davis, this preliminary model provides a potential alternative to those that have not translated well to human clinical studies. Most mouse models are based on single-gene mutations associated with early-onset Alzheimer’s disease. In this study, researchers sought to create a model of the more common sporadic Alzheimer’s and to study how protein fragments affect an area of the brain, called the prefrontal cortex, that functions similarly in humans.

The researchers focused on impairment to synapses, the tiny connections between neurons through which electrical or chemical signals pass, allowing neurons to communicate. Keeping synapses in good working order could be the key to preventing neuronal death, inflammation and other Alzheimer’s-related brain damage that lead to age-related cognitive decline and dementia, they suggested.

To create the model, the researchers injected four female monkeys with soluble forms of amyloid-beta protein fragments, called oligomers, which accumulate in the Alzheimer’s brain and trigger synapse failure. Two monkeys received a control peptide, and three others received no injections. Cerebrospinal fluid was collected to analyze Alzheimer’s biomarkers. The scientists looked for changes in the dorsolateral prefrontal cortex (DLPC), an area of the brain involved in cognitive functions such as working memory, planning and abstract reasoning — functions that gradually deteriorate in people with Alzheimer’s.

The researchers observed several changes in the DLPC of monkeys that had received the oligomers — changes not seen or seen to a lesser extent in the other monkeys’ brains. First, the oligomers accumulated in a type of neuron that is vulnerable to damage caused by Alzheimer’s in humans. Second, a computerized, 3D reconstruction of the brain showed that the oligomers reduced the density of dendritic spines, which are parts of neurons that help them communicate. In addition, the monkeys exposed to the oligomers had an increased number of activated microglia, which can be harmful to neurons. Microglia are brain cells that normally support healthy neurons and are part of the brain’s immune defense system but, when activated by disease or aging, seem to prompt brain damage characteristic of early Alzheimer’s. Finally, an analysis of the monkeys’ cerebrospinal fluid showed biomarker levels consistent with the very early stages of Alzheimer’s pathology in humans.

The study showed that rhesus monkeys may be a good model for studying the early synaptic dysfunction of Alzheimer’s disease, the authors concluded. Further research could determine if the model is useful for studying tau, another harmful protein in Alzheimer’s, and for exploring the mechanism underlying oligomer accumulation in Alzheimer’s.

These activities relate to NIA's AD+ADRD Research Implementation Milestones 4.A. "Support the development of the next generation of animal models based on the current understanding of genetic and environmental risk and protective factors for AD and related dementias, using genome editing and other cutting edge technologies (optogenetics/deep brain stimulation/trans-magnetic stimulation, and next generation in vivo imaging) to facilitate assessment and validation of findings from human studies." and 4.C. "Continue to develop animal models with higher predictive validity for use in preclinical drug development and to accelerate the discovery of translationally relevant disease mechanisms and treatment strategies."