Older women with normal cognition had higher measures of tau, an Alzheimer’s-related protein, than men, a new study finds, indicating that women have a possible higher risk of developing symptoms of the serious brain disease. The NIA-supported study was published online Feb. 4, 2019, in JAMA Neurology. 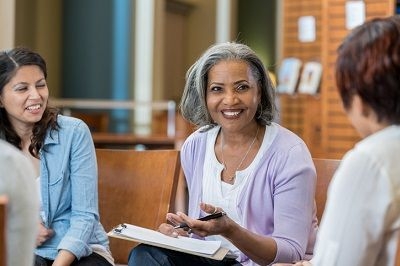 Previous studies have shown that women are at greater risk for developing Alzheimer’s, and that a greater share of women than men have the disease. However, the reasons for this difference are not well understood. The new study, led by researchers at Massachusetts General Hospital, Boston, found that levels of one defining protein seen in Alzheimer’s disease—tau in the entorhinal cortex, an area of the brain involved in memory—were higher in women than in men. The findings add to growing evidence of sex differences in the biological underpinnings of Alzheimer’s.

The researchers examined positron emission tomography (PET) brain scans from two studies, the Harvard Aging Brain Study and the Alzheimer’s Disease Neuroimaging Initiative, with a total of 296 older adults, including 173 women (average age, 74). All subjects demonstrated normal cognitive function when they first received a brain scan to measure tau. They also had PET scans to measure beta-amyloid, another Alzheimer’s-related protein.

Experts believe that people with more beta-amyloid also have more tau, and that these proteins interact early in Alzheimer’s disease progression—years before memory loss and other symptoms appear. The study suggests that this interaction may be stronger in women than in men. Compared to the men’s scans, the women’s scans showed significantly higher tau deposits in the entorhinal cortex in individuals with high beta-amyloid levels. There were neither strong male-female differences in beta-amyloid levels alone nor evidence that APOE ɛ4, a genetic risk factor for Alzheimer’s, interacts with sex to influence tau.

More work is needed to gain a better understanding of sex differences in the biological processes of Alzheimer’s. Small studies such as this one are limited by recruitment procedures and survivor bias (the effects of women generally outliving men). But having similar results across two studies is intriguing and a promising direction for future research.