Alzheimer’s disease is the most common cause of dementia in older adults. Brain changes associated with the disease include abnormal clumps (amyloid-β plaques) and tangled bundles of fibers (tau tangles). It’s thought that these changes eventually cause the death of nerve cells, leading to a progressive decline in memory and thinking skills. 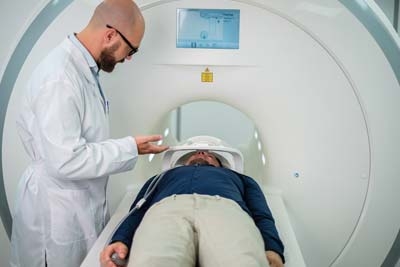 People with a variation of the gene apolipoprotein E (APOE), called APOE4, have an increased risk of developing Alzheimer’s dementia, often at an earlier age. APOE4 is known to contribute to amyloid-β and tau accumulation. A research team led by Drs. Axel Montagne and Berislav Zlokovic from the University of Southern California wanted to know if APOE4 also affects the blood-brain barrier.

Out of the 245 participants, 101 carried one or two copies of the high-risk APOE4 gene variation, and 144 had APOE3, a normal variation of the gene. On imaging, people with APOE4 had increased breakdown of the blood-brain barrier in two areas of the brain important for memory and cognition.

This breakdown was worse in people with APOE4 who were already experiencing mild cognitive decline. These patients had not yet experienced a loss of brain tissue. This suggests that breakdown of the blood-brain barrier may occur early in the course of the disease.

The breakdown in the blood-brain barrier also occurred apart from amyloid-β and tau levels measured in participants’ cerebrospinal fluid or brain, suggesting it may contribute independently to cognitive impairment and dementia.

Previous research suggested that cells called pericytes, which help maintain the blood-brain barrier, may become damaged in people with APOE4. The researchers measured levels of a protein that reflects pericyte damage in 146 participants at the start of the study who then had their cognitive function tracked.

Further work identified a specific inflammatory pathway associated with pericyte injury that was more active in APOE4 carriers. Lab experiments showed that ApoE4 secreted by pericytes activated this pathway in nearby pericytes. ApoE3 did not. Blocking this pathway in mice carrying APOE4 protected the blood-brain barrier and preserved brain function.

“Our findings suggest that breakdown of the blood-brain barrier contributes to the cognitive decline associated with APOE4 and may be a target for the development of preventive or therapeutic drugs for people who carry this gene variation,” Zlokovic says.