It’s well established that having a parent or sibling with Alzheimer’s increases a person’s risk of developing the disease. A new, NIA-supported study shows that even in the absence of close family members with Alzheimer’s, having extended family members with the disease increased a person’s risk. The findings, published April 9 in Neurology, could have implications for assessing risk using a broader view of family history. 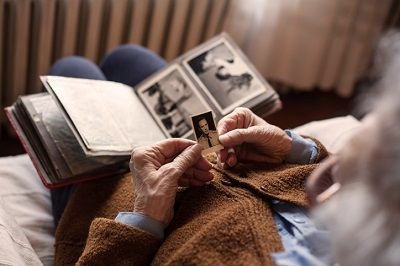 A team of researchers from the University of Utah School of Medicine, Huntsman Cancer Institute, George E. Wahlen Department of Veterans Affairs Medical Center, Utah State University, and Brigham Young University mined the Utah Population Database. This record of Utah founders from the 1800s and their descendants, was used to identify individuals with genealogy data for at least 12 ancestors in the last three generations. The resulting pool of more than 270,000 individuals included 4,436 with Alzheimer’s as the primary or contributing cause of death.

A family history of Alzheimer’s does not mean that a person will develop the disease, and a lower risk does not mean a person won’t get the disease. Rather, an individualized assessment of risk based on one’s extended-family history might help identify people who may benefit from monitoring for early signs of disease and steps that might help prevent dementia, the authors wrote.

It’s important to note that estimates in this study are based on the Utah study population and may not apply to other populations. The study also did not incorporate genetic influences or other risk factors into the calculations of relative risk, which is an area the researchers are now beginning to explore.

This study was supported by NIA grant RF1AG054052.

These activities relate to NIA’s AD+ADRD Research Implementation Milestone 2.C, "Create research programs on epigenetics to understand how genetic and environmental factors interact across the lifespan to influence brain aging and risk for disease and to identify potential targets for treatment and prevention."