Age-associated changes in a protein called KLF4 upset the normal daily fluctuations in immune system activity in mice, according to an NIA-supported study at Stanford University and the University of Pennsylvania. This loss of daily variation in the immune response may lower the body's ability to fight infections. The findings, published in Nature Immunology, help scientists better understand the declining function of the immune system in older adults. 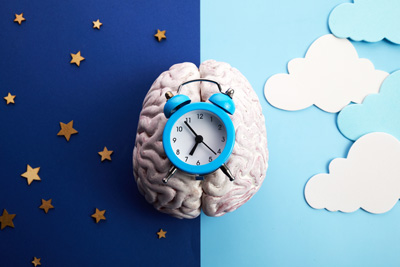 The research team sought to find a connection between aging and the immune system by investigating the effects of the body’s biological clocks — called circadian rhythms — on the immune response. These internal clocks, which govern our daily cycles of sleep and activity, influence the activities of the immune system.

To find an explanation for the age-related changes, the researchers focused on a specific protein called KLF4, which is important for many diverse functions in the body, including stimulating immune cell proliferation. Because circadian rhythms influence whether KLF4 from the immune cells is active or inactive, its activity normally fluctuates over the course of the day. However, in immune cells from older mice, KLF4 levels did not change throughout the day.

To find out whether KLF4 also plays the same role in humans, the researchers looked at medical data collected from nearly 500,000 people in the UK Biobank. When they compared the full study population to older adults with mutations in the KLF4 gene, they confirmed the connection between KLF4 and the aging-related decline in immune function: The loss of KLF4 function increased the likelihood of those adults developing and dying from an infection.

Immune responses that are disrupted, such as by the KLF4 mechanism described in this study, contribute to not only infections but other diseases associated with aging. By identifying the many pathways that control the complex responses of the immune system, researchers can provide clues that may lead to new prevention and treatment approaches for aging-related conditions.