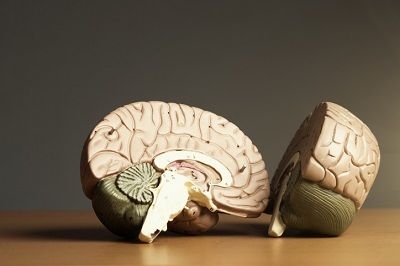 Scientists have long sought to describe and explain the complex molecular events in the brain that cause Alzheimer’s disease and the mechanisms by which genetic risk factors exert their effect. A new NIA-funded study finds that changes in a process called RNA splicing interact with specific Alzheimer’s genes and may contribute to functional deficits in the Alzheimer’s brain. The study, published in the November Nature Genetics, provides new insights into the molecular process behind the disease.

RNA, or ribonucleic acid, is a molecule that carries instructions from DNA for creating proteins in the body. Before RNA messages are translated into proteins, certain segments must be edited out, a process known as RNA splicing. Each particular RNA can give rise to many possible outcomes, known as “alternative splicing,” a normal occurrence in the brain and other organs.

A team led by researchers from the Icahn School of Medicine at Mount Sinai and Columbia University, New York, studied brain tissue from more than 450 deceased older people in two NIH-funded studies—the Religious Orders Study and the Memory and Aging Project—to create a genome-wide map of splicing variations in the aging prefrontal cortex. The prefrontal cortex is the part of the brain involved in executive functions, such as planning and setting goals.

For variants of three known Alzheimer’s genes—CLU, PICALM, and PTK2B—the findings may help explain how they exert their effects in the brain. The study also examined how newly identified genes associated with Alzheimer’s connect to known risk genes. It found that many are part of molecular networks associated with the breakdown and clearance of both normal and toxic proteins.

The findings suggest that altered mRNA splicing in the brain is a feature of Alzheimer's disease that is, in some instances, genetically driven.