Thanks to family members who donated brain tissues from their deceased loved ones, a team of scientists from the United Kingdom, Japan, and the United States compared the 3D structures of protein filaments extracted from several types of degenerative brain disease. These research projects revealed that each brain disease is associated with a unique 3D filament structure of tau or alpha-synuclein protein. The discovery of disease-specific filament structures could be translated into better detection and treatment methods. 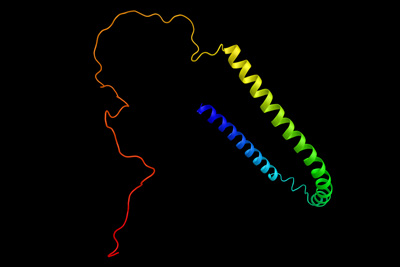 The research team used cryogenic electron microscopy, which enables the discovery of 3D structures of proteins and other molecules. Subtle differences in the building blocks of a protein such as tau or alpha-synuclein can cause the structure to bend, fold, or twist in a new way. Previous research by the team, reported in Nature and Acta Neuropathologica, revealed the 3D structures of tau filaments from people with Alzheimer’s disease and Pick’s disease, a form of frontotemporal degeneration. The studies demonstrated that the 3D structures vary by disease. The more recent studies, which were reported in three Nature articles, extended this work by determining 3D structures for protein filaments from other brain diseases.

For the next study, the researchers extracted tau filaments from three individuals who had a brain disease called corticobasal degeneration (CBD). They reported that tau structures were identical among people with CBD but different from tau structures from people with Alzheimer’s disease, Pick’s disease, and CTE.

By better understanding what causes the differences between protein filaments associated with brain diseases, new ways of diagnosing and treating these diseases may be developed. For example, knowing the unique structure of tau and alpha-synuclein can aid the development of tests for early diagnosis and differentiation from similar brain diseases. Similarly, understanding how the toxic filament bends and twists can aid researchers in exploring the role that a specific structure plays in disease development. Solving that mystery could help researchers design a treatment that prevents the formation of toxic forms of tau and alpha-synuclein proteins.

The six research studies were funded in part by NIA. Coauthors Drs. Bernadino Ghetti and Kathy L. Newell, who are in the Dementia Laboratory of the Department of Pathology and Laboratory Medicine at Indiana University, analyzed the brain tissue samples from people with Alzheimer’s disease, Pick’s disease, and CTE, as well as some of the samples from people with CBD. The laboratory is supported in part by NIA grants, including grant P30AG010133 for the Indiana Alzheimer Disease Center and U01NS110437.