Scientists don't yet fully understand what causes Alzheimer's disease in most people. The causes probably include a combination of age-related changes in the brain, along with genetic, environmental, and lifestyle factors. The importance of any one of these factors in increasing or decreasing the risk of Alzheimer's disease may differ from person to person.

Alzheimer's disease is a progressive brain disease. It is characterized by changes in the brain—including amyloid plaques and neurofibrillary, or tau, tangles—that result in loss of neurons and their connections. These and other changes affect a person’s ability to remember and think and, eventually, to live independently.

Older age does not cause Alzheimer’s, but it is the most important known risk factor for the disease. The number of people with Alzheimer’s disease doubles about every 5 years beyond age 65. About one-third of all people age 85 and older may have Alzheimer's disease.

Scientists are learning how age-related changes in the brain may harm neurons and affect other types of brain cells to contribute to Alzheimer’s damage. These age-related changes include atrophy (shrinking) of certain parts of the brain, inflammation, vascular damage, production of unstable molecules called free radicals, and breakdown of energy production within cells.

However, age is only one risk factor for Alzheimer’s disease. Many people live into their 90s and beyond without ever developing dementia.

Many people worry about developing Alzheimer’s disease, especially if a family member has had it. Having a family history of the disease does not mean for sure that you’ll have it, too. But it may mean you are more likely to develop it.

People’s genes, which are inherited from their biological parents, can affect how likely they are to develop Alzheimer’s disease. Genetic risk factors are changes or differences in genes that can influence the chance of getting a disease. These risk factors are the reason some diseases run in families.

Most people with Alzheimer's have late-onset Alzheimer's disease, in which symptoms become apparent in their mid-60s. Researchers have not found a specific gene that directly causes the late-onset form of the disease. However, one genetic risk factor—having one form, or allele, of the apolipoprotein E (APOE) gene on chromosome 19—does increase a person's risk. APOE ɛ4 is called a risk-factor gene because it increases a person's risk of developing the disease. However, inheriting an APOE ɛ4 allele does not mean that a person will definitely develop Alzheimer's. Some people with an APOE ɛ4 allele never get the disease, and others who develop Alzheimer's do not have any APOE ɛ4 alleles.

Health, Environmental, and Lifestyle Factors that May Contribute to Alzheimer's Disease

Research suggests that a host of factors beyond genetics may play a role in the development and course of Alzheimer's disease. There is a great deal of interest, for example, in the relationship between cognitive decline and vascular conditions such as heart disease, stroke, and high blood pressure, as well as metabolic conditions such as diabetes and obesity. Ongoing research will help us understand whether and how reducing risk factors for these conditions may also reduce the risk of Alzheimer's.

A nutritious diet, physical activity, social engagement, sleep, and mentally stimulating pursuits have all been associated with helping people stay healthy as they age. These factors might also help reduce the risk of cognitive decline and Alzheimer's disease. Clinical trials are testing some of these possibilities.

Early-life factors may also play a role. For example, studies have linked higher levels of education with a decreased risk of dementia. There are also differences in dementia risk among racial groups and sexes—all of which are being studied to better understand the causes of Alzheimer’s disease and to develop effective treatments and preventions for all people.

For More Information About Causes of Alzheimer's Disease 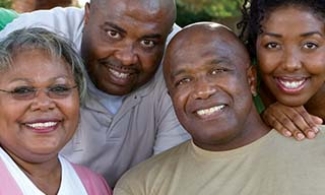 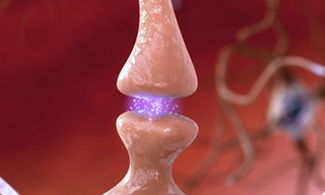 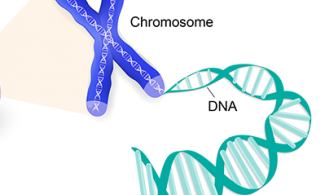