Vascular contributions to cognitive impairment and dementia (VCID) are conditions arising from stroke and other vascular brain injuries that cause significant changes to memory, thinking, and behavior. Cognition and brain function can be significantly affected by the size, location, and number of brain injuries. Two forms of VCID—vascular dementia and vascular cognitive impairment (VCI)—arise as a result of risk factors that similarly increase the risk for cerebrovascular disease (stroke), including atrial fibrillation (a problem with the rhythm of the heartbeat), high blood pressure, diabetes, and high cholesterol.

Symptoms of VCID can begin suddenly and progress or subside during one's lifetime. VCID can occur along with Alzheimer's disease. People with VCID almost always have abnormalities in the brain on magnetic resonance imaging scans. These abnormalities include evidence of prior strokes, often small and asymptomatic, as well as diffuse changes in the brain's "white matter"—the connecting "wires" of the brain that are critical for relaying messages between brain regions. Microscopic brain examination shows thickening of blood vessel walls called arteriosclerosis and thinning or loss of components of the white matter.

What are the Different Types of VCID?

Vascular dementia refers to progressive loss of memory and other cognitive functions caused by vascular injury or disease within the brain. Symptoms of vascular dementia may sometimes be difficult to distinguish from Alzheimer's disease. Problems with organization, attention, slowed thinking, and problem solving are all more prominent in VCID, while memory loss is more prominent in Alzheimer's.

Vascular cognitive impairment involves changes with language, attention, and the ability to think, reason, and remember that are noticeable but are not significant enough to greatly impact daily life. These changes, caused by vascular injury or disease within the brain, progress slowly over time.

Multi-infarct dementia is the result of many small strokes (infarcts) and mini-strokes. Language or other functions may be impaired, depending on the region of the brain that is affected. The risk for dementia is significantly higher in someone who has had a stroke. Dementia is more likely when strokes affect both sides of the brain. Even strokes that don't show any noticeable symptoms can increase the risk of dementia.

Cerebral autosomal dominant arteriopathy with subcortical infarcts and leukoencephalopathy (CADASIL) is an extremely rare inherited disorder caused by a thickening of the walls of small- and medium-sized blood vessels, which reduces the flow of blood to the brain. CADASIL is associated with multi-infarct dementia, stroke, and other disorders. The first symptoms can appear in people between ages 20 and 40. CADASIL may have symptoms that can be confused with multiple sclerosis. Many people with CADASIL are undiagnosed.

Subcortical vascular dementia, previously called Binswanger's disease, involves extensive microscopic damage to the small blood vessels and nerve fibers that make up white matter in the brain. Cognitive changes include problems with short-term memory, organization, attention, decision making, and behavior. Symptoms tend to begin after age 60, and they progress in a stepwise manner. People with subcortical vascular disease often have high blood pressure, a history of stroke, or evidence of disease of the large blood vessels in the neck or heart valves.

Cerebral amyloid angiopathy is a buildup of amyloid plaques in the walls of blood vessels in the brain. It is generally diagnosed when multiple tiny bleeds in the brain are discovered using magnetic resonance imaging.

How is VCID Treated?

Vascular contributions to cognitive impairment and dementia are often managed with drugs to prevent strokes or reduce the risk of additional brain damage. Some studies suggest that drugs that improve memory in Alzheimer's might benefit people with early vascular dementia. Treating the modifiable risk factors, such as high blood pressure, can help prevent additional stroke.

For more information about vascular dementia and VCI, see NIA's list of resources.

For More Information About Vascular Dementia 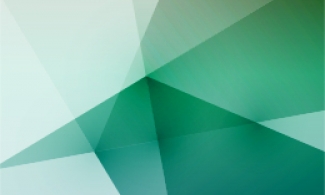