For decades, researchers have studied eating patterns—what, when, and how much we eat—to see how they might help us avoid age-related diseases like heart disease, diabetes, and dementia. They are also interested in learning more about how different eating patterns might affect the health of our musculoskeletal system, which comprises the body’s muscles, bones, and connective tissue.

Of particular interest to researchers is calorie restriction, which involves reducing average daily caloric intake below what is typical or habitual without malnutrition or deprivation of essential nutrients. Calorie restriction can be also accomplished by not eating at all for a period of hours or days (known as “intermittent fasting”) or by eating less at some or all meals. Some studies in animals and humans have shown that calorie restriction can lead to improvements in a variety of health conditions. It also extends lifespan for many animal species, though there’s no evidence to confirm this happens in people.

Buy This Pill to Live Longer? Don’t Believe the Hype!

You may see ads for “anti-aging” products and treatments, but there isn’t solid scientific evidence for anything like this on the market today. Some of these goods are endorsed by doctors and famous people, so it’s easy to be misled. Buyer beware! Read Fraudulent Cosmetics and “Anti-Aging” Products from the Federal Bureau of Investigation and Know What Lies Beneath Product Promises and Offers from the U.S. Food and Drug Administration.

Researchers are exploring the theory that calorie restriction promotes a healthy lifespan by triggering changes in one or more biological pathways identified as playing a role in healthy aging. Biological pathways are a series of chemical reactions that occurs inside a body’s cells, much like a production line in a factory. It’s like instructions, with steps that must be followed to accomplish some function. For example, activity along a biological pathway might lead to the formation of a new cell, destruction or repair of an injured cell, movement of a signal along a nerve, production of a hormone, or the switching-on of a gene to activate another pathway.

Biological pathways that work smoothly promote good health. Those that do not may contribute to disease and aging. Calorie restriction mimetics research is the search for potential therapies that target the same pathways affected by calorie restriction, with the goal of finding ways to extend human healthspan, defined as how long people live in good health.

With calorie restriction, activity is reduced along the insulin signaling and mTOR pathways and increased along the SIRT1 and AMPK pathways. Researchers are looking for compounds that have similar effects to reduce or increase activity.

Which Compounds Most Interest Mimetics Researchers?

Based on current knowledge of key biological pathways (see box above), scientists are exploring many different medications and experimental compounds to see if they have effects similar to those of calorie restriction. Targets of research include pharmaceuticals; nutraceuticals (compounds found in food); plant extracts; and substances produced by the body such as hormones, peptides, and amino acids. Three of the most studied compounds are:

Resveratrol is a naturally occurring compound found in red wine and grapes, dark chocolate, blueberries, raspberries, and nuts. It activates the SIRT1 and other sirtuin pathways. Animal studies with resveratrol have demonstrated antioxidant, anti-inflammatory, and anti-cancer effects. However, the evidence from human studies is weak. For example, in the NIA-funded study, Aging in the Chianti Region, researchers followed 783 healthy people for 9 years and measured how much resveratrol they consumed through their diet. The study found no association between resveratrol consumption and health or longevity.

More research is needed to answer questions about whether certain dosages or formulations might promote healthy aging in humans and which populations might benefit. Clinical trials are underway to test synthetic versions of resveratrol that may be effective in staving off the aging process.

Rapamycin is a substance produced by bacteria found in soil. This compound reduces signaling along the mTOR pathway. Rapamycin has been shown to extend lifespan in mice and to have other beneficial effects. A recent study found that giving middle-aged rats rapamycin as they got older reduced age-related memory loss and prevented age-related reductions in blood flow to the brain.

Rapamycin is prescribed to people who have received an organ transplant because it helps the body accept the donated organ. It also is used to treat people with certain cancers. Severe side effects, such as insulin resistance, gastrointestinal disorders, and infections, can occur at the high doses prescribed in such cases, so researchers are exploring whether lower doses can be safely used as a calorie restriction mimetic.

Metformin targets multiple biological pathways to affect energy production, inflammation, cell health, and more. This medication, widely used to treat type 2 diabetes, has also been found to protect against other age-related diseases, such as heart disease and cancer. Researchers are seeking to better understand how metformin works and how its effects could vary based on a person’s age, gender, and other characteristics. They also want to determine the dosages that might be most effective to use as anti-aging treatments.

Many other compounds are also being studied for their potential anti-aging effects: 17-alpha-estradiol, a form of the hormone estrogen; NDGA (nordihydroguaiaretic acid), a potent antioxidant found in the leaves of the creosote bush; protandim, a mix of plant extracts including green tea and curcumin (a compound extracted from the spice turmeric); acarbose, a prescription drug used to treat type 2 diabetes; NAD (nicotinamide adenine dinucleotide), a form of vitamin B3; and fish oil.

It’s important to remember that none of these substances has been proven to extend lifespan or healthspan in humans. They should not be taken without consulting a doctor.

NIA’s Interventions Testing Program (ITP) conducts studies of oral treatments for their effects on disease and lifespan in mice. Findings from these studies help scientists pursue the most promising interventions for further testing in animals and, eventually, for clinical trials that test safety and effectiveness in people. Here are a few of the program’s findings so far on calorie restriction mimetics:

How Will Calorie Restriction Mimetics be Used in Health Care?

If and when calorie restriction mimetics are proven to extend human healthspan, they will probably be most useful for people who are unhealthy and unable to eat properly. For people in good health, sensible habits may be more effective at extending healthspan than taking a medication developed through mimetics research. This means eating healthy foods, exercising, drinking alcohol in moderation or not at all, not smoking, getting a good night’s sleep, and maintaining an active, social lifestyle.

For More Information About Nutrition 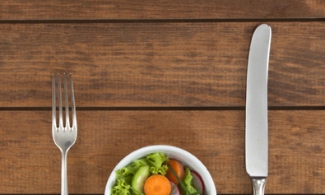 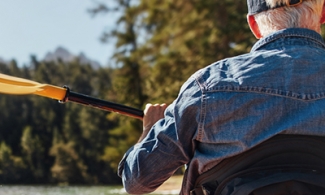 What Do We Know About Healthy Aging? 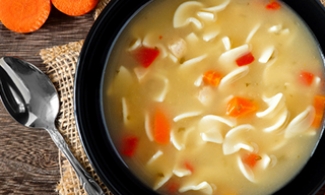