ABC-DS Information for Patients and Families

The connection between these two conditions is rooted in chromosome 21. People with Down syndrome are born with three copies of the chromosome, rather than two. The chromosome carries a gene that produces a protein called amyloid precursor protein (APP). Too much APP can lead to a buildup of protein clumps called beta-amyloid plaques in the brain. The presence of beta-amyloid plaques is one of the main characteristics of Alzheimer's disease.

ABC-DS researchers are building on what we already know to better understand the course of Alzheimer's disease in people with Down syndrome, as well as risk and/or protective factors. To do so, researchers will collect brain imaging scans and blood and tissue samples from adult volunteers with Down syndrome, along with a small group of their brothers and sisters interested in participation. These samples will be used to investigate biomarkers that may reveal new information about the connection between Alzheimer's and Down syndrome.

Scientists are hopeful that ABC-DS and other research on Alzheimer's and Down syndrome will not only help those with both conditions, but also may lead to effective interventions for all people with Alzheimer's.

NIA and NICHD are providing an estimated $46 million over five years to support ABC-DS. To advance Alzheimer's and Down syndrome research worldwide, ABC-DS data and samples will be freely available to qualified researchers.

How Can I Participate in the ABC-DS Initiative?

Researchers are looking for more than 500 volunteers with Down syndrome, age 25 years and older, and, at selected sites, their siblings, to participate in ABC-DS studies. Volunteers must be willing to provide samples and undergo tests to help researchers identify and track Alzheimer's-related changes in the brain and cognition, including:

If you or a loved one has Down syndrome, are over 25 years of age, and are interested in learning more about or participating in a study organized by ABC-DS, contact one of the clinical sites listed below.

There are many ways to learn about other research opportunities related to Alzheimer's disease and Down syndrome.

For more information about the connection between Alzheimer's and Down syndrome, please visit these resources:

About the Eunice Kennedy Shriver National Institute of Child Health and Human Development (NICHD): NICHD conducts and supports research in the United States and throughout the world on fetal, infant and child development; maternal, child and family health; reproductive biology and population issues; and medical rehabilitation. For more information, visit NICHD's website.

About the National Institute on Aging (NIA): The NIA leads the federal government effort conducting and supporting research on aging and the health and well-being of older people. It provides information on age-related cognitive change and neurodegenerative disease specifically at its Alzheimer's and related Dementias Education and Referral (ADEAR) Center. 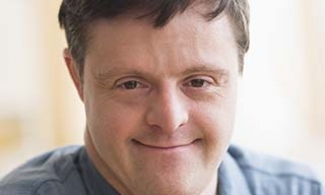 Alzheimer's Disease in People with Down Syndrome