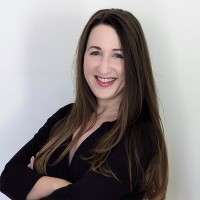 When it comes to brain cells, most of us imagine neurons as the “stars of the show” controlling our thoughts and behaviors. But lately, the spotlight has shifted toward other cells in the brain traditionally thought to be cast in supporting roles: the glia. It turns out that glia — a variety of different cell types associated with neurons that form the nervous system’s connective tissue — may be more than just the sidekicks of the story. Instead, they’re more like microscopic film producers, involved in many stages of the thought formation process. Recent research suggests that glia are responsible for providing the necessary infrastructure, communication, and logistics that enable neurons to take center stage in our brains.

In November, NIA featured new research findings describing an example of how glia not only sense neuronal activity, they can respond to and actually change it. Excitingly, recent studies are showing that this crosstalk between neurons and glia is more nuanced than previously thought. There are important implications here for age-related conditions that affect the brain, such as Alzheimer’s disease (AD), and glia could play a role that wasn’t previously recognized.

Researchers are taking a closer look at the underlying mechanisms by which microglia act similar to circuit breakers to help modulate neuronal activity. These mechanisms seem to go awry in neurodegenerative diseases like Alzheimer’s and Huntington’s. Other projects are investigating how glia impact senescence in brain aging and AD. There’s more work to be done before we can understand the full implications of this interaction between glia and neurons in disease, but it may be a new frontier in druggable targets for brain health in aging.

More than just “support cells,” it’s becoming clear that glia change with age to help the brain adapt to age-related stress. NIA recently supported a funding opportunity announcement on how glia contribute to vulnerability and resilience to brain aging. We also continue to invite applications investigating the impact of age-related changes in glial cells on selective vulnerability to AD and applications investigating the link between aging, glia, and AD pathophysiology. Other emerging studies are examining the important roles for myelin and oligodendrocytes (another glial cell type) in AD.

We want to hear from you!

NIA welcomes applications exploring the role of non-neuronal cell-types, including glia, in vulnerability or resilience to brain aging. If you have an idea for an innovative new project on glia in the aging brain, submit a proposal through the NIH Parent FOAs, or through one of the notices linked above associated with PAR-19-070 or PAR-19-071!

In the meantime, if you have questions or comments on the role glia play behind the scenes in making the Hollywood magic of our brains come to life, please contact me directly or share your thoughts below.

While much attention is spent understanding glial and their role in modulating neuronal function, little is known about mechanisms of glial degeneration and how this might impact or drive age-related neurological dysfunction and neurodegeneration.

It’s true -- there’s a lot of opportunity in this area for new research, both in how glia interact with neurons and how glia might have broader effects all on their own. NIA also welcomes applications on how glial aging could directly impact age-related dysfunction or neurodegeneration through the avenues linked above.