Advances in Aging and Alzheimer's Research

NIA supports and conducts research to better understand the aging process, as well as the diseases, conditions, and needs associated with growing older. The Institute is also the primary federal agency supporting and conducting Alzheimer’s disease and related dementias research. Since its inception in 1974, NIA has conducted and supported research designed to improve quality of life for aging Americans and identify strategies and treatments to effectively prevent, delay, or slow age-related diseases, including dementia.

This page provides an overview of select, high-impact scientific advances made by NIA and NIA-funded researchers between 2015 to 2020. You can also explore a summary of NIH-funded Alzheimer’s and related dementias research, achievements, and promising opportunities in the Annual Bypass Budget. 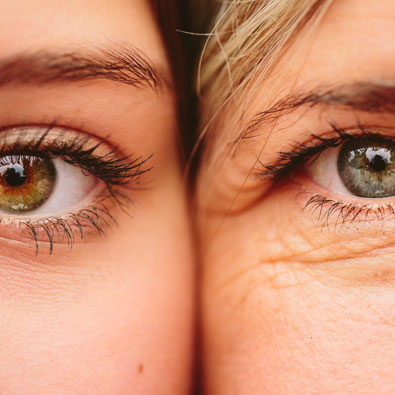 Summary: Identifying new therapeutics that slow or reverse damage to tissue may help researchers prevent or treat certain diseases like glaucoma. Researchers have shown that it’s possible to restore youthful function in many tissues by reversing age-related epigenetic factors. This process, known as cellular reprogramming, involves changing mature cells into immature cells that can regenerate. However, there are risks to cellular reprogramming, which can be associated with the formation of cancer when new, immature cells grow aggressively. Recently, NIA-supported researchers were able to extend the long-term safety of cell reprogramming while reversing glaucoma-induced eye damage and restoring age-related vision loss in aged mice. The researchers modified a previous approach to remove epigenetic markers in cells which allowed them to successfully reverse cellular aging without fueling tumor growth in aged mice and mouse models of glaucoma. The research team cautions that these findings remain to be replicated in further studies, including in different animal models, before studies can begin in humans.

If replicated through further studies, this approach could pave the way for therapies to promote tissue repair across various organs and biological systems and reverse aging and age-related diseases in humans. 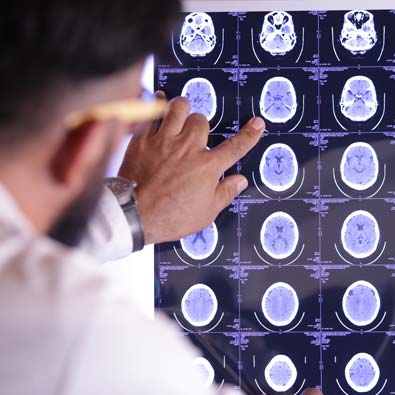 Summary: Before biomarker tests were developed in the early 2000s, the only sure way to know whether a person had Alzheimer’s was via autopsy. Thanks to multiple, recent scientific advances, researchers can now use brain imaging methods or lab tests to diagnose people living with the disease. In May 2020, the U.S. Food and Drug Administration approved flortaucipir as the first radioactive tracer to show the presence of tau protein tangles, one of the hallmarks of Alzheimer’s disease. According to the key study, supported in part by NIA, it can be safely used with positron emission tomography (PET) imaging to help doctors identify the presence of tau tangles and diagnose late-stage Alzheimer’s with a high level of accuracy.

Biomarkers allow for a more accurate diagnosis by helping to discern between the different diseases that cause dementia, but their use has been limited in clinical settings. With FDA approval of flortaucipir, doctors may be able to diagnose Alzheimer’s earlier and inform treatment. 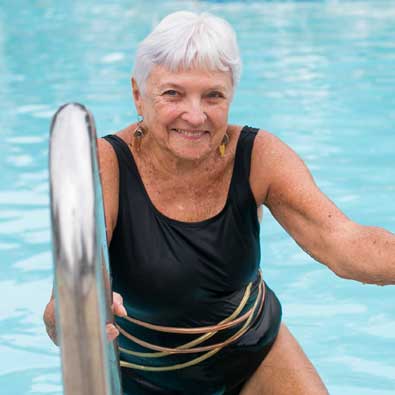 This population-based study suggests that multiple factors may play a role in Alzheimer’s disease risk. While these reported associations do not establish cause and effect, they do suggest possible interventions that may help identify effective strategies for preventing Alzheimer’s and related dementias. 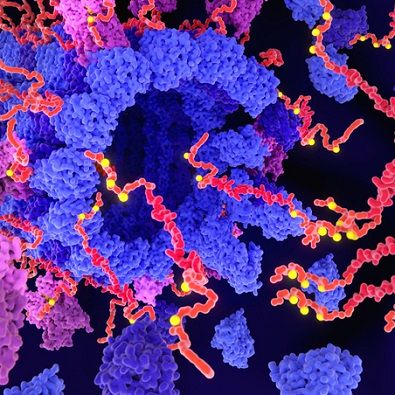 Summary: Evidence suggests that biomarkers are not only present in the brain and spinal fluid, but also circulate in the bloodstream. Researchers, funded in part by NIA, recently reported an advance in the development of a blood test that could help detect pathological Alzheimer’s disease in people who are showing signs of dementia. The blood test detects the abnormal accumulation of a form of tau protein known as phosphorylated-tau-181 (ptau181), which is a biomarker that suggests brain changes from Alzheimer’s. Similar tests to detect amyloid protein in blood were developed in 2019 and are currently available for research use. 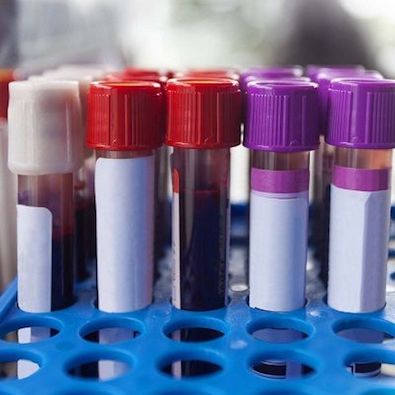 Summary: Finding early-stage biological markers of Alzheimer’s disease to predict who will develop dementia is an evolving area of research. An NIA-funded study found that a blood test of the protein neurofilament light chain (NfL) predicted disease progression and loss of nerve cell function in the brain among cognitively normal people at risk for familial Alzheimer’s disease (FAD). FAD is a rare, early onset form of Alzheimer’s caused by genetic mutations. Researchers found that among mutation carriers, NfL levels in blood began to rise up to 16 years before the estimated age of onset of Alzheimer’s symptoms. Researchers also found that the more NfL levels changed in the blood, the closer an individual was to symptom onset. The increase in NfL changes was also linked to other Alzheimer’s-related brain changes seen in cerebrospinal fluid, magnetic resonance imaging, and memory tests which suggests that NfL changes in blood reflect NfL changes in the brain.

Current procedures for measuring changes in the brain and cerebrospinal fluid are relatively invasive and expensive and the few experimental blood tests most often measure amyloid protein — and are almost exclusively available in research settings. These results show that blood tests may be able to measure additional biological markers used for predicting an individual’s risk for familial Alzheimer’s disease beyond amyloid. 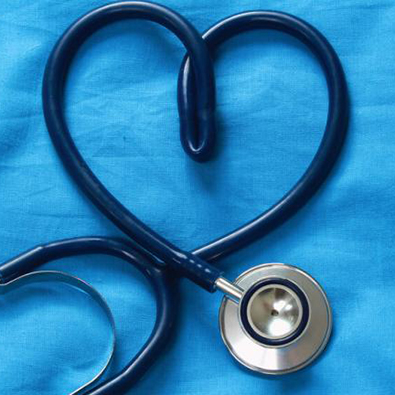 Summary: Heart disease is a leading cause of death among older adults as well as a major cause of disability, limiting the activity and eroding the quality of life of millions of older people. An NIH-funded study, with support from NIA, called Systolic Blood Pressure Intervention Trial (SPRINT) found that intensive management of high blood pressure significantly reduced rates of cardiovascular disease and lowered the risk of death in a study group of adults 50 years and older with high blood pressure. The intervention adjusted the amount or type of blood pressure medication to achieve a target that is lower than commonly recommended. This change was linked to reduced rates of cardiovascular events, such as heart attack and heart failure, as well as stroke, by almost a third and the risk of death by almost a quarter compared to the recommended blood pressure target.

In 2017, the American Heart Association and the American College of Cardiology updated the definition of hypertension for adults and cited these findings in the evidence review. 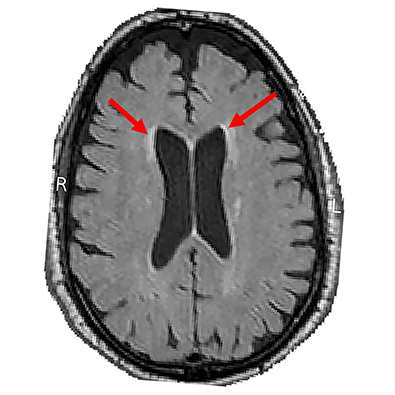 Summary: High blood pressure, or hypertension, is a leading risk factor for heart disease, stroke, kidney failure, and a growing body of research suggests that it may increase risk for dementia later in life. In a randomized clinical trial called SPRINT Memory and Cognition in Decreased Hypertension (MIND), researchers found that intensively controlling a person’s blood pressure was more effective at slowing the buildup of white matter lesions than standard treatment for high blood pressure. White matter lesions may reflect damage — including stroke — in the brain. The research group, supported in part by NIA, also found that intensive lowering of blood pressure did not significantly reduce dementia risk, but did have a measurable impact on mild cognitive impairment (MCI), which is often a precursor of dementia.

These results suggest that intensive high blood pressure control may significantly reduce the buildup of white matter lesions and the occurrence of MCI. The findings support a growing body of evidence on the link between high blood pressure and age-related cognitive loss that may help researchers better understand how to protect the brain throughout a person’s life. 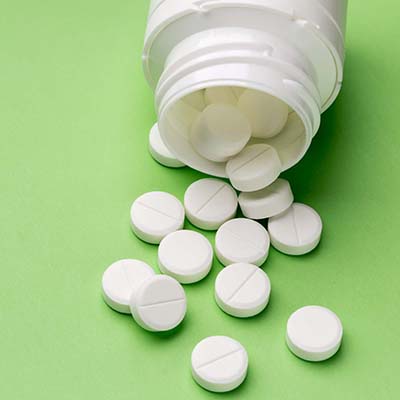 Summary: Clinical guidelines note the benefits of aspirin for preventing heart attacks and strokes among people with vascular conditions such as coronary artery disease. However, it had been uncertain whether aspirin is beneficial for healthy older people without those conditions. A large NIA-funded clinical trial examined the risks and benefits of daily low-dose aspirin in healthy older adults aged 65 and older without previous heart or blood vessel problems. The study found that aspirin did not prolong healthy, independent living (defined as life free of dementia or ongoing physical disability). Healthy adults in the study taking aspirin had an increased risk of death compared to those who had not taken aspirin. In addition, further analyses of the trial data showed that healthy adults taking aspirin in the study were no more likely to be diagnosed with cancer than those who did not take aspirin. However, those taking aspirin were more likely to be diagnosed with an advanced cancer and die from cancer.

In 2019, based in part by these findings, the American Heart Association and the American College of Cardiology changed their guidelines to recommend against the routine use of low-dose aspirin in older adults who do not have existing heart disease and haven't had a stroke. 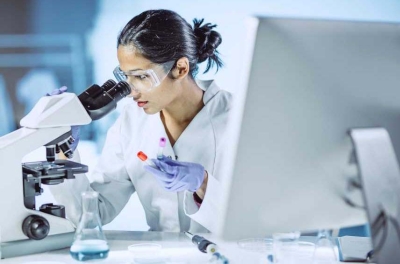 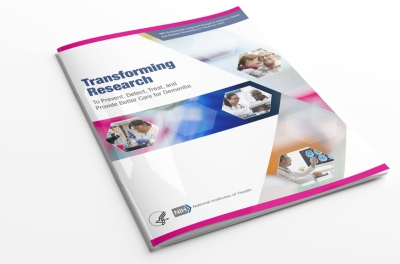 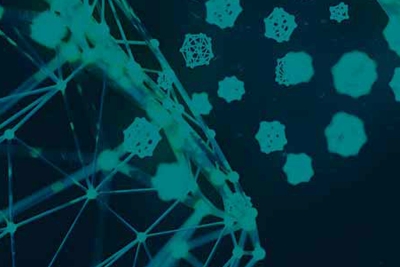